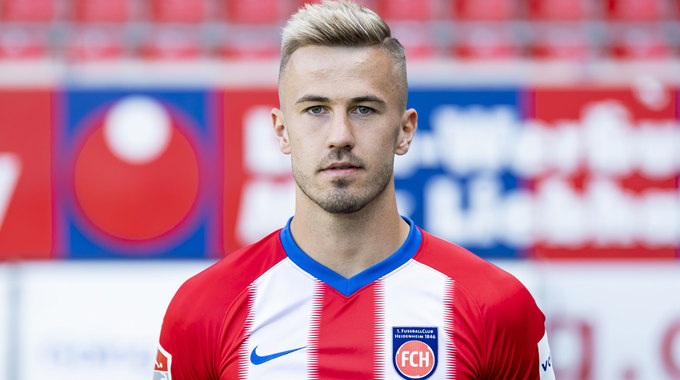 Niklas Dorsch is a defensive midfielder of Heidenheim, playing in 2. Bundesliga. Dorsch has been on our radar for the last couple of years and with only one year left at Heidenheim, he is an interesting player to follow. He plays for Germany U21. We think he would do well in 1. Bundesliga. For that reason we show here that he would be a good addition to Eintracht Frankfurt.

Although Heidenheim lost and Dorsch did not play his best match, especially in the first half as can be seen from his contribution chart, he is still an exceptional player according to his FBM stats:

Also his FBM stats are less than those of Dorsch:

Dorsch is slightly better than Hasebe at their highest performance, but Dorsch beats Hasebe on average performance, current performance and worst performance. Yet, Hasebe plays on a higher level. So we have to take that into account.

Taking into account minutes played, difference between both clubs and both competitions, we get the following results for Dorsch playing at Eintracht Frankfurt:

What is Dorsch worth?

Our model takes into account, position, highest transfer fee in the current season, record transfer fee, difference in competition, club, player age and length, international status and FBM stats. Due to the Corona crisis, it is much more uncertain how future transfer fees will develop. Our model is still based on the pre-Corona circumstances.

Here are the replacement values for Dorsch:

TransferMarkt currently values Dorsch at £4.05m. We think that Dorsch is slightly overvalued on TransferMarkt. If Eintracht Frankfurt were able to buy Dorsch for less than £3,861,435, they would have a good deal. A deal that might make them almost £2m a year later, if they would transfer Dorsch to the next club and Dorsch would perform at the level we expect him to do. As a reminder, we predicted that Dalmau would be worth 1.75m euro to Heracles and they transferred him a year later for 1.7m euro.